London is home to some of the world’s most famous music venues, ranging from enormous arenas to small grassroots venues. If you love music and you’re heading to London, you’d be a fool not to catch a show at one of these incredible venues. No matter what your preference in music is, London has it all, with the likes of Foo Fighters, Queen, Stormzy, and many more hitting the stage. Not only does London bear witness to the greats, but it also attracts a multitude of breakout artists all looking to hit big. To find out where the hottest small music venues are right now, continue reading.

If you’ve ever been to Camden, with its rich cultural variety, colorful scenes, and eclectic choice of music venues, you’ll understand why we start here. Although not much is known about Camden Underworld’s history, it has cemented itself as one of the most important venues in the alternative music scene.

The intimate venue has seen many alternative legends including Avenged Sevenfold, Sum 41, and The Offspring. Further, the venue bursts to life for the Camden Rocks festival, which sees a complete takeover of Camden’s music venues. When bands aren’t taking to the stage, the venue hosts a range of club nights including a frivolous ‘80s night. If you’re heading down to a show, you should get down early and enjoy a refreshing pint of Staropramen in the upstairs pub, The World’s End – not to be mistaken with Edgar Wright’s The World’s End.

If you’re an artist or band, and you’re feeling inspired after your Camden experience, you can take a twenty-minute walk to find the best London rehearsal rooms. The space offers free professional equipment hire with every booking alongside 24/7 access. No matter what your sound, you don’t want to miss the opportunity to practice in some of the great rehearsal studios in London.

Located in Islington, on the famous Pentonville Road, The Lexington is a fantastic pub and music venue that specializes in craft beer from the US and quality bourbon. The music venue is situated upstairs and pulls a mixed crowd of hipsters, bloggers, scenesters, and basic people with no assignment. The stage hosts a great range of indie artists including Sleigh Bells, Iceage, and The Pastels. Granted, the music isn’t for everyone, but the venue is fantastic and you can hear your friends talk.

Bush Hall is no Empire, but it’s still an essential grassroots venue to the Shephard’s Bush music scene. Sat between Nandos and a stream of 24/7 markets, this charming venue is distinctly grand. Whatever your music taste, Bush Hall has seen it all, with the likes of The Killers, R.E.M., and the Sugababes hitting the stage. Originally, Bush Hall was built as a dance hall, way back in 1904, and is the only surviving hall a set of three. The venue returned to its roots in 2001, with its glory completely restored.

If quirky is your vibe, then Cafe Oto is the answer. They are the home of creative arts and music that sits outside the realms of the mainstream. During the day, they operate as a cafe that serves coffee, snacks, books, CDs, records, and other items you’d expect to find. The venue is easily accessible by tube, bus, and bike. The venue takes a minimalist approach, with no stage space and white walls to allow artists the freedom to express themselves. If you want a little teaser, you should check out the French legend Ghedalia Tazartes.

Located in Notting Hill, The Tabernacle is a unique venue with gothic splashes and Victorian dashes that features tiered seating. Back in the day, the likes of The Clash and Pink Floyd graced the stage. Fast forward to the modern age and we see artists including Adele and Lily Allen bellowing sounds across the grand hall. Alongside the classics, the venue aims to support Latin musicians, London-based African artists, as well as Caribbean sounds.

Plan B is a quirky venue that opened back in 2009 following a major refurbishment. Step inside and you’ll see neon lighting and a warehouse-style interior. What’s more exciting is the installation of a Funktion 1 sound system, which brings crystal clear and super loud music alive. Once you’ve finished enjoying live music in this Brixton venue, you can party on into the early hours, thanks to their 24-hour license.

If you think jazz music is for old people only, you obviously haven’t been to The Vortex in Dalston. The building looks like some sort of futuristic greenhouse, and they bring live shows to every night of the week. The venue is typically chill, with the downstairs being full of varying influences and the upstairs stripping it back and keeping it lowbrow. The venue has put on some fantastic shows, including performances from the likes of Polar Bear.

As the name suggests, this converted chapel is the perfect place for music worshipers to get their fill of live shows. Built into a Grade II listed building that dates back to 1877, this venue has become a hallmark in intimate concerts. Step inside and you’ll be met with a gorgeous gothic interior, with grand stone walls that contribute to the acoustics of the building. The venue has hosted the late Amy Winehouse, Coldplay, and Florence and the Machine.

We end our London venue tour down the road from the Camden Underworld, bringing us full circle. This venue is small and lends itself perfectly to intimate shows. The venue has been part of the community for the best part of 80 years and has seen everything from quirky singer-songwriters like Bry to The Horrors.

If you love music, you will never be at a loose end in London. They have everything from vibrant warehouses to tiny underground stages. This list is only the tip of the iceberg – there are plenty more venues out there for you to explore. 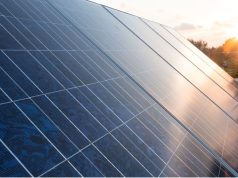 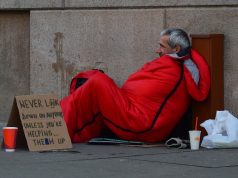 What is the best thing I can do to help homeless people? 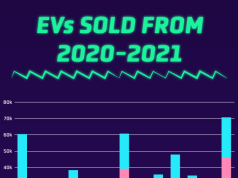